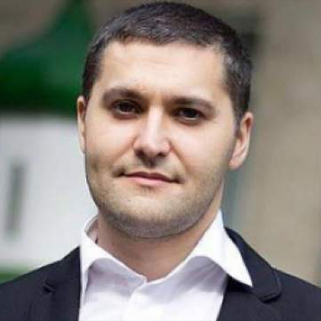 Serghei is an experienced road safety professional with a high level political background. His former roles include Chief of the Road Police, Deputy Minister for Internal Affairs and Adviser to the Prime Minister.

Serghei is the President of ProtectMD Foundation, which was founded in 2011 by the Automobile Club of Moldova (ACM).  ProtectMD promotes democratic values and a sense of justice through civil, moral and ethical education.  ProtectMD runs education and information campaigns to promote safety, including road safety, and regularly collaborates with national and international organisations.

Serghei is also the Honorary President of the Automobile Club of Moldova, and an international consultant on police reform and road policing. He has been recently invited to be the Director of the Department of Externalised Programs and Studies at ULIM University of Moldova.

Over 6 years, Serghei worked in Government undertaking a range of different posts and responsibilities including:

Participated in developing a package of reform for the National Road Safety Council and Road Regulations in 2009.

Developing the National Road Safety Strategy of Moldova 2011-2020 and the required amendments to national legislation.

Participated in the development of the Governance Programs for the Government of Moldova in Justice, Internal Affairs, Transport 2010-2015.

Worked on the reform of the National Anti-Corruption Centre.

Coordinated reforms of the Ministry of Interior and Police, in particular the transformation of Road Traffic Police to Patrol police, as well as in implementation of the road traffic monitoring system – increasing confidence in the Police from 24% to 39% and decreasing the number of victims of road crashes by more than 30%.  This work won an Prince Michael International Road Safety Award in 2013.

Worked on functional and operational reform of the Ministry of Internal Affairs and adoption of the Development Strategy of MIA 2014-2016.

Development of Managerial Skills Training of the Academy of Public Administration of Moldova, May 2012