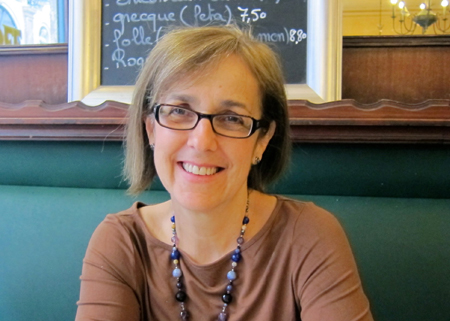 Emma MacLennan is the Founder and Director of EASST. Emma leads EASST’s charitable work across Eastern Europe, the South Caucasus and Central Asia and facilitates cross-border projects on road safety and sustainable transport.

Emma established EASST in 2009 as a charity working in Eastern Europe, the South Caucasus and Central Asia to facilitate cross-border projects on road safety and sustainable transport.  EASST’s focus is countries with high road casualty rates, particularly the South Caucasus, Central Asia and the Eastern Partnership region of the EU. EASST works with local partner organisations, making their efforts more effective by sharing know-how and resources across borders. This enables countries facing similar challenges to learn from each how to reduce road casualties and overcome common obstacles.

2015: Project Lead, ‘Georgia: Road Safety Awareness Campaign Shuakhevi and Khulo,’ EBRD.
The key objective of the project was to reduce road safety risks to road users and pedestrians on public roads in the surrounding Shuakhevi and Khulo communities by promoting safer road user behaviour and raising awareness of risks. The assignment required the identification and engagement of relevant groups most affected by road safety risks, and identification of additional sustainable measures that may be implemented to reduce the risk to local road users.

2013- 2014: Project Supervisor, ‘Azerbaijan: Scoping a Road Safety Campaign in Azerbaijan,’ EBRD.
The “Safe Villages and Road Safety Awareness” project in Azerbaijan aimed to address the needs of the most vulnerable people affected by the R42 (Bahramtapa-Bilesuvar) and R18 (Mingachevir-Bahramtapa) road rehabilitation projects, improve road safety and reduce speeds among drivers using these routes. The key objective was to raise public awareness about road safety in target villages along the R42 and R18 regional roads.

Dec 2013-May 2014: Project Supervisor, ‘Capacity Building for CSOs to Promote Road Safety,’ EBRD.
This project complements and raises awareness among CSOs in affected communities of the existing Road Rehabilitation Project IV. 5 local training workshops for CSOs were carried out in 4 town/village locations and in Chisinau to enhance local communication skills about road issues and develop capacity for road safety advocacy.

July 2012-July 2013: Expert Advisor, UNDP Project on Confidence Building in Moldova carried out by the Automobile Club of Moldova.
The project provides training and mentoring to the municipalities of Chisinau and Tiraspol (Transnistria) on the establishment of local ‘Casualty Reduction Partnerships.’ The project will report end-July, but is already considered a showpiece project by the UNDP in Moldova and for the region.

Nov 2012 -April 2013: Project Manager, EBRD ‘Moldova Road Safety Workshop’ on occupational road safety.
This has led to the establishment of a permanent Working Party on ‘Driving Business Safely’ in Moldova with members from public and private vehicle fleets.

May-Dec 2010: Project Manager, World Bank Country Project in Moldova – ‘Road Safety Enforcement and Traffic Policing in Moldova’ This has led to sweeping reforms of road policing in the Republic of Moldova and reductions in reported corruption. (report published by EASST December 2010).

Alumni Organiser, Member of the Board and Lecturer, Delft University/FIA Foundation Global Road Safety Scholarship Programme (2008-Present)
The Delft/FIA Foundation Road Safety Scholarship Programme brings young leaders in road safety from around the globe to Delft University for an intensive, two-week training course in road safety principles and practice. The course includes the Systems Approach to road safety, training in policy development and evaluation, and an introduction to each of the 5 Pillars of the UN Decade of Action.

Advisor, UK All Party Parliamentary Group on Moldova (2004-Present)
Emma assists the groups in organising meetings, inviting speakers and arranging briefings with political and civil society leaders in Moldova and the Eastern Partnership Countries of the EU – For example with visiting government ministers and Heads of State; and with UK Government ministers and EU Commissioner Stefan Fule.