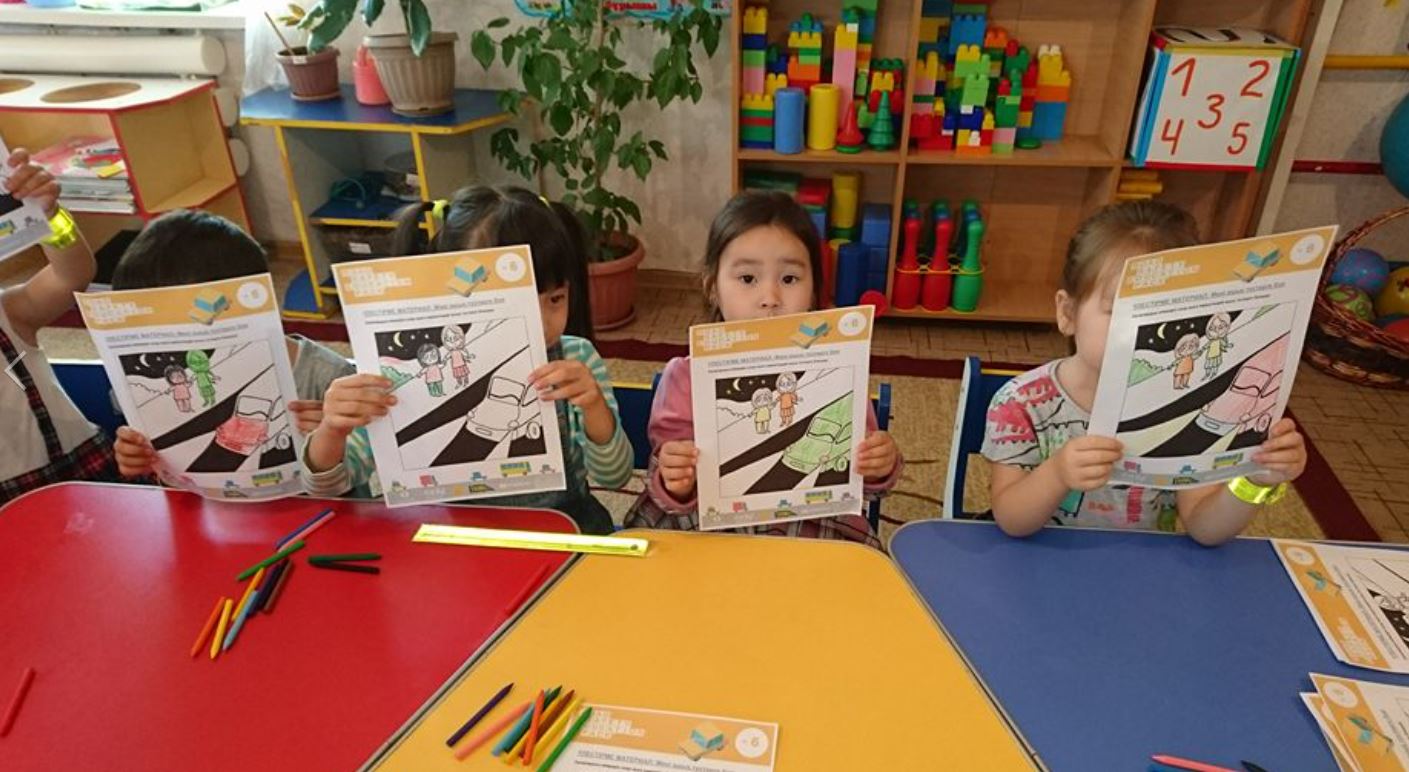 In July 2016, in conjunction with the European Bank of Reconstruction and Development’s South West Corridor Road Rehabilitation Project in the Martuk region of Aktobe, Kazakhstan, EASST Expertise consultants delivered a Safe Villages and Education Campaign in the local area where road improvement works had taken place.

Serghei Diaconu and Arsen Shakuov visited local villages and met with over 150 representatives to discuss and raise awareness of the main road risk factors and the measures that could be taken to prevent road traffic collisions.

Working with the EBRD local office, the team met regional stakeholders including the road authority and traffic police. A number of problems were identified including poor driver behaviour, speeding, drink driving, unsafe pedestrian behaviour, the mix of agricultural vehicles and livestock on the roads in rural areas, and a general lack of road safety education or awareness. A particular issue identified was the visibility of pedestrians on the roads and road risk at night.

Also drink driving and speeding were key concerns, engaging with the road police to enhance enforcement was vital.  Meetings were held with the Aktobe City Police Chief and his team to discuss training on enforcement techniques. A pilot project, “Stop drink and drive” was organized on a Saturday evening.  During the pilot, 30 drivers were stopped for random testing and 7% of drivers were found to be above the limit. The regional police are now considering introducing similar strategies more widely.

The project team also organised public meetings in six villages with a representative of the state road authority, the regional and local traffic police, and the Mayors. Villagers were given the opportunity to report any road related concerns, and in many cases played an active role in finding solutions.

Each meeting was followed by road safety awareness training, with the donation of reflective ‘slap bands’ for children. The sessions were highly valued, offering a chance for local people to get involved in making their roads safer as well as encouraging the local authorities to engage with residents.

During road safety training, the project team noticed a significant lack of awareness of visibility on the roads – a key issue for both pedestrians and livestock. In addition to being advised to wear brightly coloured clothing when walking at night, over 600 high-visibility wristbands were given out across the villages – suitable for humans and animals.

Children were found to be amongst the most vulnerable road users and the data showed that in the first six months of 2016, 32 per cent of road crashes involved under 18s.  Therefore, the team introduced EASST’s new Road Safety Education Pack, translated into Russian and Kazakh.  The Pack provided an age-appropriate road safety curriculum that could be taught in a variety of settings. During the visits, 275 children aged 5 – 14 received road safety training using the Pack.  In addition, school directors in each of the six villages agreed to introduce road safety lessons for all primary school children starting from September 2016.  Local police also agreed to assist in delivering the lessons. 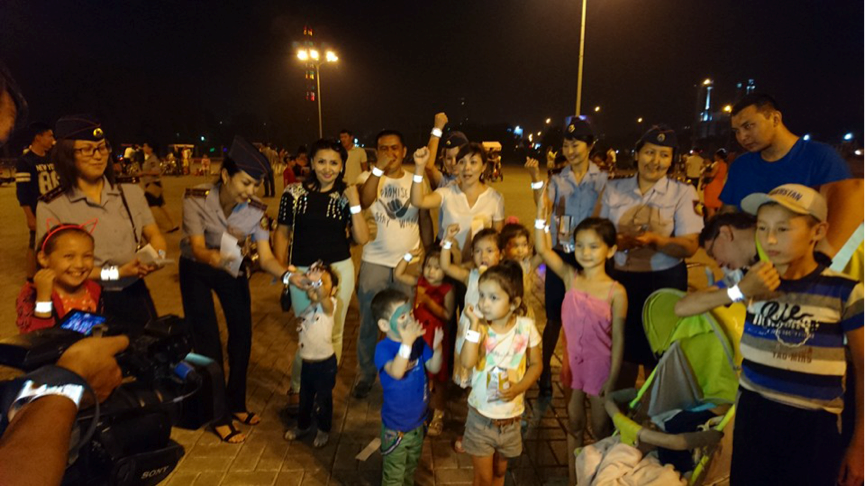 The SW Corridor is an old road, built when good consultation was not common. Today the EBRD is leading the way by ensuring road safety is a specific component of all road rehabilitation and construction projects.  EASST Expertise’s consultants are delighted to support this hugely valuable life-saving work.

The city of Gyumri has a history going back more than 3,000 years, and is the second largest city in Armenia. With support from the EBRD Shareholder Special Fund, the National Road Safety Council of Armenia (NRSC) has been working with EASST experts to build capacity...
Read More

In 2019 an important partnership delivered the campaign that was part of our wider project to support safe and sustainable roads in Bishkek and to improve road safety for all road users. It comes at an important time for Kyrgyzstan, as the following year new...
Read More

In 2019, in partnership with the EBRD Shareholders Special Fund, EASST Experts, the University of Greenwich and the Institution of Occupational Safety and Health (IOSH) delivered specialist training in occupational road safety management. This training was delivered...
Read More

In July 2016, in conjunction with the European Bank of Reconstruction and Development's South West Corridor Road Rehabilitation Project in the Martuk region of Aktobe, Kazakhstan, EASST Expertise consultants delivered a Safe Villages and Education Campaign in the...
Read More

In 2015, the European Bank for Reconstruction and Development, along with their client Adjaristsqali Georgia (AGL), supported a road safety awareness campaign in the towns of Shuakhevi and Khulo in Adjara, Georgia. The aim of the project was to reduce road risks faced...
Read More